What are Opioids?
Opioids are a class of drugs that produce various effects, including pain relief and feelings of being relaxed or “high.” Unfortunately, they can also cause slowed breathing, nausea, confusion, and drowsiness. Opioids are highly addictive and are the class of drugs that cause the highest number of overdose deaths in the US.

There are several types of opioids:

There are many paths to opioid addiction (2). Some people start taking legally prescribed opioids to reduce chronic (e.g., from a back injury) or acute (e.g., from a dental procedure) pain. Others may start by taking opioids recreationally, such as by injecting heroin or taking a friend or family member’s prescribed opioid painkillers. People may then find they enjoy the “high” or sedative feel of opioids, need higher doses to achieve the same effects, or realize that the drugs numb unpleasant feelings such as depression, grief, and anxiety. At this point, they may ask their doctors to increase their doses, use other people’s prescriptions, or start to buy illegal street drugs such as heroin (which may be laced with fentanyl) because they are cheaper. Unfortunately, opioids are one of the easiest drugs on which people can overdose. In high concentrations, opioids affect the part of the brain that regulates breathing, leading to high rates of deaths from opioid overdoses.

What is the US Opioid Epidemic?
Due to the addictive nature of opioids, there has been a decades-long epidemic of overdose deaths in the US. The CDC describes three waves of opioid-related deaths (3). The first wave started in the 1990s when doctors began to prescribe opioid medications (such as OxyContin®) to patients at unprecedented rates. The second wave started in 2010 when there was a stark increase in deaths due to heroin use. The third wave came in 2013 mostly due to fentanyl (CDC, 2020). These three waves are shown in Figure 1 below. 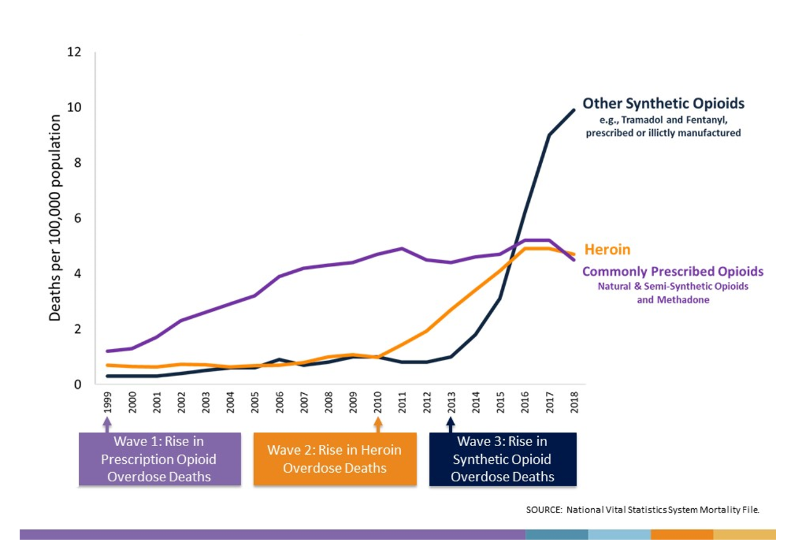 We may now be entering a fourth wave of the opioid crisis, triggered by the COVID-19 pandemic. There has been an increase in opioid-related deaths since the pandemic began both across the US and in Massachusetts. The Department of Public Health found a 2% increase in drug overdose deaths in the first nine months of 2020 as compared to the first 9 months of 2019, despite declines in opioid-related deaths in 2017 and 2018 and a plateau in 2019 (4).

There are many possible reasons for the increase in opioid use during COVID-19, including that people are experiencing more mental health stressors (such as social isolation and financial challenges) that may increase their risk of using substances. Additionally, due to physical distancing measures, it is harder to access support for an opioid use disorder (5). However, it is still possible to find hope and address opioid addictions during these trying times. Below is a list of resources for those struggling with opioid addictions.

Resources
There are several different medications, 12-step programs, and psychotherapy addiction treatments for opioid dependence. These treatments are best used in combination, as together they provide a comprehensive set of tools to help with opioid addiction. For example, people can develop strategies for how to stay sober in psychotherapy, receive support from other people in recovery in 12-step groups, and reduce craving or withdrawal with medications. (See Infographic B). 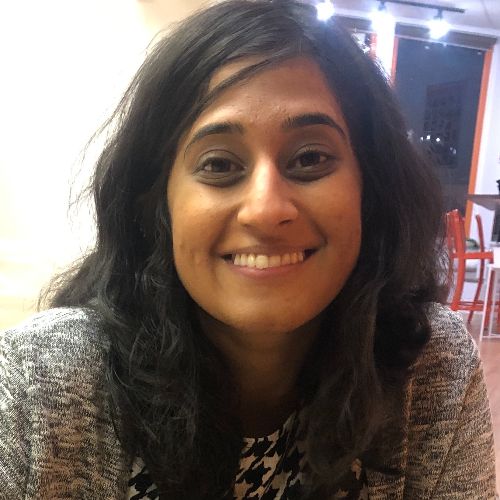